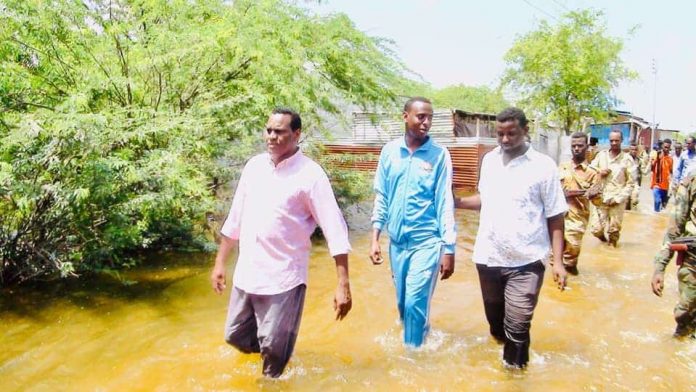 Ahmed Sabrie woke up to find his house half-submerged in fast-rising flood waters.

Frightened and confused, he herded sleepy family members onto the roof of their home in central Somalia as scores of thousands of people in the town, Beledweyne, scrambled for their lives. Clinging to an electric power pylon by the edge of the roof, the family watched as their possessions were washed away.

“I could hear people, perhaps my neighbors, screaming for help but I could only fight for the survival of my family,” the 38-year-old Sabrie, the father of four, recalled. As one of his children, unfed, wailed the family waited for more than 10 hours before a passing rescue boat spotted them.

Authorities have not yet said how many people died in the flooding last month, Somalia´s worst in recent history and the latest reminder that the Horn of Africa nation must prepare for the extremes expected to come with a changing climate.

At least 10 people went missing when their boat capsized after the Shabelle river burst its banks. Local officials have said at least 22 people in all are presumed dead and the toll could rise.

“This is a catastrophic situation,” Mayor Safiyo Sheikh Ali said. President Mohamed Abdullahi Mohamed, who visited the town and waded through submerged areas, called the devastation “beyond our capacity” and pleaded for more help from aid groups.

UK, Denmark and Netherlands to fund critical infrastructure for Somaliland