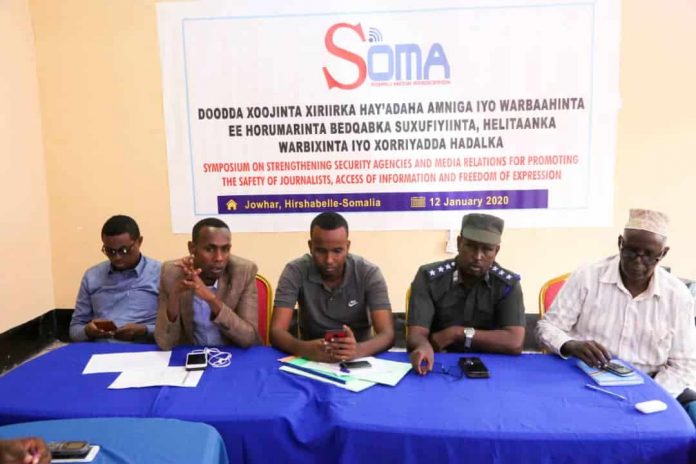 SOMA conducted symposium on strengthening security agencies and media relations for promoting the safety of journalists , access of information and freedom of expression in Johwar City , Hirshabelle State

Jowhar City, Sunday January 12, 2020:  the Somali Media Association (SOMA) has organized and conducted one-day symposium on strengthening security agencies and media relations for promoting the safety of journalists , access of information and freedom of expression.

The symposium held in Jowhar city, Hirshabelle State on January 12, 20202 was significant priority necessary to open dialogue and agreement between the security agencies and the media  and other major state institutions  with common strategy to manage the safety and security of journalists.

The key participants in the symposium were the managers and journalists working for the various media outlets operational in Jowhar city, Hirshabelle State.

The main aim of the symposium was to institute confidence-building system and professional journalistic processes to facilitate debate and discussion between the security agencies and media, promoting greater understanding and removemistrust and mutual suspicion in order to improve and create an environment conducive to safety of journalists, access of information and freedom of expression.

In his opening speech, Mohamed Abduwahab, the Secretary-General of the Somali Media Association (SOMA) said “SOMA is conducting the symposium after realizing the relations between the security agencies and the media in Jowhar city has been delicate. As result,  Radio City FM has been closed down , journalists detained and the owner Shaashaa has fled the city, and noticed there is priority need to initiate confidence building between the security agencies and media sectors.”

He further pointed out  it is fundamental human right to seek for and receive, information held by public organizations and government bodies, it is therefore very important that the security agencies allow journalists to carry out their duties freely by providing information that the public requires to know.

Mohamed Hassan Kulmiye , Director General of the Ministry of Information. said“The safety of journalists can be assured when our security agencies and the media understand their respective roles.”

In the panel discussion sessions, the participants were takenthrough thematic topics on: Strengthening Security Agencies and Media relationships, Improving communication and access of information, Development of Freedom of Expression and ensure the safety of Journalists, How to increase the role of the national authorities, legislative and judiciary in addressing the access of information and freedom of expression.

The Journalists were given an opportunity to interact, ask direct questions and comments regarding their safety and security with the police commander, the attorney general , ministry of information and other officials at the gathering. The key question posed focused on the challenges they encounter during news collection in the city of Jowhar of Hirshabelle State.

In conclusion, the following suggestion and outcome of the symposium was reviews and presented:–

The symposium event was closed by Mohamed Abduwahab, the Secretary General of SOMA who appreciated the participants for their open discussion of key issues affecting media freedom and access to information.

On the other hand,  before conducting the symposium sessions, a special meeting for the media and SOMA Secretary General has been held during which the journalist reported the main challenges they are experiencing and how to address those constraints.

The SOMA Secretary General has raised question with the journalists regarding Radio City FM in Jowhar city, which has been closed down, and Mr. Shaashaa , the owner of the station who has fled the city. 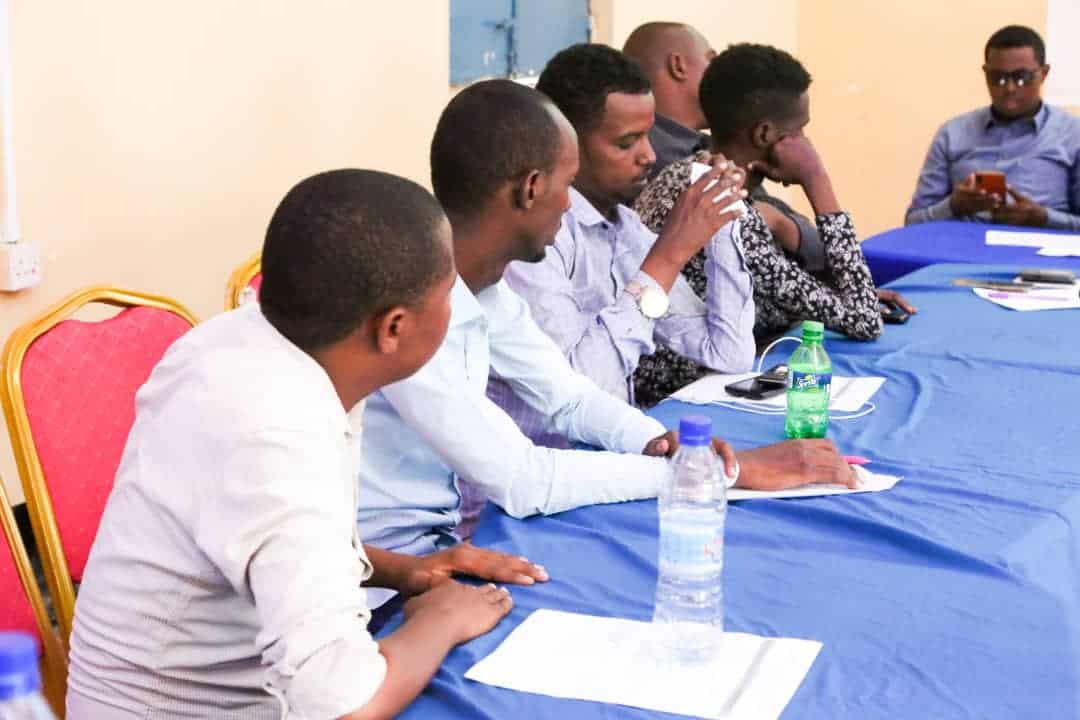 Unease in Kenya over Somalia’s new oil and gas law